On Top of Table Mountain

I want to get back into sharing about my time in South Africa over Spring Break as I ease back into making posts. I know a lot has been going on about potential new travel bans and a renewed restriction on travel to Cuba, but I’ll get into all that later. For now, I want to share some photos of my time on Table Mountain.

I’ve been to Table Mountain before – as a small child I went up the cable car of yester-year. I’m not entirely sure if this is the exact one I used back in the early ’90s, but it seems pretty similar in my head.

Nowadays, however, they have made massive upgrades. When we went to Cape Town in 2007 (and now when I went in 2017) we used the newer ones that are safer, hold more people, and rotate! It was such a pleasure to take them up (although my wife was a bit scared). On top there were amazing views of everything around us. 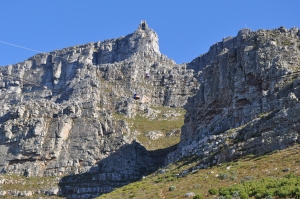 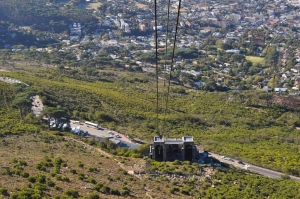 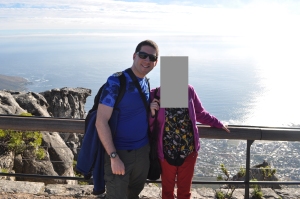 One of the coolest things about Table Mountain is how fast the weather changes. When we arrived, it was clear and sunny. Within 20 minutes, the “table cloth” had covered us and started to get denser. Then, 10 minutes later, it was gone. Below is a video of that taking place.

The view was amazing and the walks along the top are incredible as well. The next time I go I plan on hiking up!