My wife and I are currently in Florida for the weekend for a little vacation and break from the unfortunate timing of the Polar Vortex on New York City. This is the first trip in which we have been able to take advantage of my recent acquisition of the Citi Prestige credit card so I was excited to use it to access the Admirals Club in JFK terminal 8 (the one near gate 42).

We went through security uneventfully (although I was jealous of two women who had tags on their hand luggage for Etihad – I’ll get on the A380 eventually). When we got to the proper part of the terminal, I found a sign for the Admirals Club and we took the elevator up. 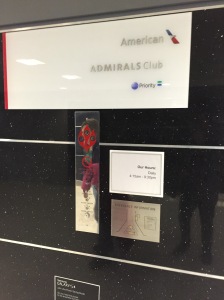 We made our way up and I showed my American Airlines boarding pass (a requirement to get access to the club with the Prestige card) and the card itself. The receptionist checked my wife and I in quickly and we made our way to the lounge itself.

I took a brief look around the club before sitting down to eat some breakfast. There was a nice selection of simple breakfast items as well as plenty of space to sit. The lounge had nice armchairs as well as cafe-like areas, computer terminals to use for whatever you wanted, as well as a few iPads strategically placed around the space. There were very nice bathrooms (with one rooms labeled “showers”) and even a children’s area. The large windows facing the tarmac were a nice touch so you could follow along the various planes as they took off. My wife loved the fact that you could take magazines with you to go.

All in all, it was a nice 25 minutes we spent just sitting having breakfast instead of waiting in a large space with so many other people and no amenities. I can’t wait to use this benefit again! 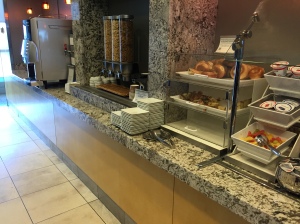 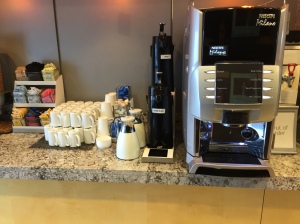 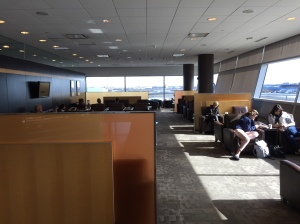 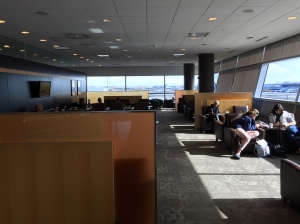 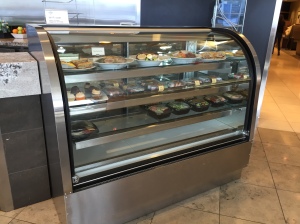 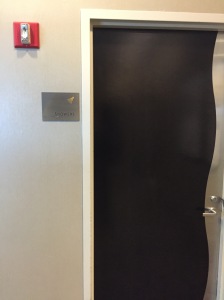